Indian Hills Community College began the new academic year by presenting Outstanding Service Awards, a tradition that goes back nearly 40 years. At a college-wide ceremony, IHCC recognized an alumnus, a retiree, a lay citizen and two current employees, and presented a leadership award.

The Outstanding Alumnus Award was given to Tony Farley, who graduated with an Associate Degree in Computer Programming. Like many students in the program, Farley had already taken a job prior to graduation and went to work as a systems programmer at Norwest Financial. After their merger with Wells Fargo Financial, he was promoted to Information Security and Information Security Analyst. Later, he received another promotion and became an Operational Risk Consultant at Wells Fargo Bank. His nomination said that “Tony Farley is one of those lives that was changed dramatically when his future was looking so dark; Tony is living proof that you can be successful if you want it badly enough.”

Ralph Alshouse, who lives in rural Wayne County, received the Outstanding Lay Citizen Award. Alshouse was active and supportive in the development of the IHCC Sustainable Agriculture program. As chairman of the Rathbun Area Solid Waste Commission he was involved in the decision to lease land owned by the commission to Indian Hills for one-dollar a year for 30 years. RASWC has provided free recycling for the college, has given other opportunities such as an agriculture test plot for corn and soybeans, and was instrumental in IHCC getting a grant that funded LED lighting for the Centerville campus. Alshouse also donated his personal aircraft to the Indian Hills aviation program for student use. He was described as “a visionary leader” who “has given to the college in many remarkable ways.”

The Outstanding Employee Awards went to Marcia Seddon, Instructor of Sociology and Psychology on the IHCC Centerville campus, and Dr. Matt Thompson, Vice President, Academic Affairs and Institutional Effectiveness. Seddon, her nomination form said, “goes above and beyond for students. She works with students to help meet their schedules and needs……and is trusted by both students and staff as someone who genuinely cares for those she interacts with daily.” In addition to her teaching duties, Seddon is also the Deputy Title IX Coordinator in Centerville. Thompson was described as “the guy at the Little League field encouraging another dad to pursue a better life through education,” proof that he is always representing Indian Hills as he gives his time in the community. Thompson, his nominating form said, is a good listener, a visionary and a person who “thinks about the big picture, and how it will affect our students.”

John and Sylvia Hunolt were presented with the Outstanding Retiree Award. Sylvia has served as treasurer for the IHCC Trailblazers’ group since her retirement from the college. The Hunolts have participated in various campus activities and they volunteer at the annual Financial Aid Life Skills event at the beginning of each academic year. They are also regulars at the monthly Trailblazers breakfast meeting and loyal followers of the Indian Hills athletic teams. Their commitment to the college and the IHCC Foundation exceeds volunteerism as they also fund a scholarship for IHCC students each year.

Mark Douglas, the Center Director at Ottumwa Job Corps, accepted the Dr. Jim Lindenmayer Award for Exceptional Leadership, an award named for the former IHCC President that recognizes a business or community leader who leads with compassion, integrity, service and vision. Douglas has been the head of the local Job Corps campus since it opened and was described by his nominator as “one of the most humble leaders I have encountered.” He worked with Jim Lindenmayer, at the time the president of Indian Hills, to pave a way for tuition-free education with the Job Corps and Indian Hills partnership. When that partnership began there were 25 openings for students to pursue a certificate, diploma or degree; there are now 80 and all are being occupied by at-risk youth, many of whom are first-generation college students. 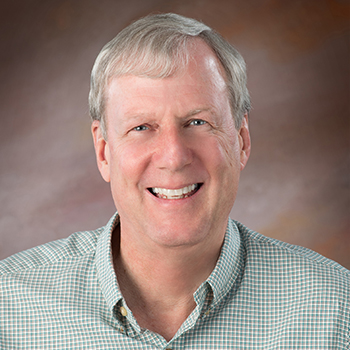