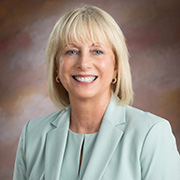 The Outstanding Alumnus Award was given to Ann Young, a graduate of Centerville Community College, where she cheered on the Golden Falcons and her father was a long-time instructor.  After graduation from Centerville, Young went on to earn a political science degree from the University of Iowa and completed her master’s degree in communications from Purdue University.  Currently, Ann is the Vice President of Experience for MercyOne Centerville Medical Center where she also serves as the hospital’s chief community liaison and foundation executive in addition to her vital role in the hospital’s operations and integrated healthcare experience.  It was noted that while Indian Hills values Young’s successes after her graduation, it is her devotion to the same community in which she grew up, and eventually raised her own family, that proves her dedication to the region and its vitality. 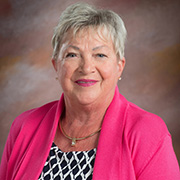 Ann Aulwes-Allison, a long-time dedicated employee of IHCC, received the Outstanding Retiree Award.  Aulwes-Allison played a pivotal role in the growth of health programs at the college as it was her influence and design that has helped the college expand in that area, adding health courses by way of ICN, online and high school offerings as well.  She was a leader in the planning and design of two buildings on campus (Rural Health Education Center and the Child Development Center), and also served as a gubernatorial appointee to the Iowa Board of Nursing for three appointments, chairing the board for eight years.   One nomination form noted, “Ann never did and never does say, ‘I don’t have time for that.’”  She and her husband, Bob continue to support the college by assisting on move in day, cheering on the college’s athletic programs, as well as playing a part in the annual Foundation Golf Tournament and the Women Supporting Women scholarship. 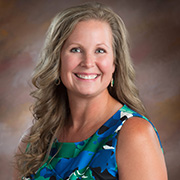 The Outstanding Lay Citizen award went to Amber Pargmann, Global Program Manager at John Deere Ottumwa Works.  Described as “a driving force for science technology, engineering and math career awareness in Southeast Iowa,” Pargmann was the ideal candidate for this award.  She has helped IHCC make events like FIRST Lego League and FIRST Tech Challenge possible by volunteering as Judge Advisor and by recruiting volunteers for both events.  Pargmann has also been involved with the annual Girls Exploring Math and Science (GEMS) event since the yearly summer camp’s inception, by providing financial support from John Deere and providing workshop sessions for the campers.  Her dedication to the opportunities that Indian Hills provides to young people makes Pargmann an invaluable asset to the college and its mission. 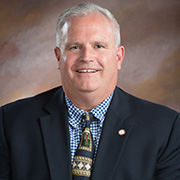 Kevin Crall, Superintendent of Albia High School, accepted the Dr. Jim Lindenmayer Award for Exceptional Leadership, an award named for the former IHCC President that recognizes a business or community leader who leads with compassion, integrity, service and vision.  Born and raised in Albia, Crall returned to the Monroe County seat in 1998 after education stints in Emmetsburg, Glenwood and Montezuma, and has been serving as Albia’s superintendent since. A finalist for Iowa Superintendent of the Year in 2012 and 2020, Crall has led the district through numerous infrastructure improvements, overseen a robust and successful extracurricular activities program in addition to supporting authentic learning opportunities through career academies, concurrent credit experiences, the arts and community interaction.  The Albia District School Performance Profile ratings for schools in the district fall into the categories of “commendable” and “high performing” -  one of very few schools in the area with such distinctions. 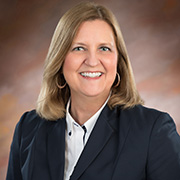 In a surprise move, a second Lindenmayer Award for Leadership was awarded to outgoing IHCC President, Dr. Marlene Sprouse.  In one of his first official acts as the 5th President of Indian Hills, Dr. Matt Thompson honored his predecessor on her final day as the President after twenty years of service at the college.  Sprouse, who has served as President since 2013, began her IHCC career as the Dean of the Centerville campus in 2000 before becoming the Vice President of Academic Affairs two years later.  In all, Sprouse’s 40-year career in education in Southeast Iowa was dotted with stops in Russell, Seymour and Albia before coming to Indian Hills.  “I am so proud to have spent half of my career at Indian Hills Community College,” Sprouse said upon making her retirement announcement.  “Indian Hills is a special place and does great things for the communities and the people in its 10-county area.” 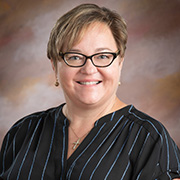 Two Outstanding Employee Awards are handed out annually, and the first this year was given to Dr. Jennifer Boyenga, Program Director of Fine Arts at Indian Hills.  Described a “fair but firm” professor, Boyenga is more than just a program director or instructor. She is a recruiter, community activist, and lives the IHCC mission.  It was noted that Boyenga welcomes her students, is always willing to help and inspires others with her passion for what she does.  One nomination form applauded Boyenga for helping students who feel destined to fail by intervening and extending her heart to those who need guidance the most.  The Fine Arts Director was also lauded for being a faculty member that is sought out for opinions and knowledge, but most of all, it was noted that Boyenga brought out people’s best in the lives of those that she touches. 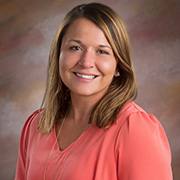 The final Outstanding Employee Award was presented to Ranae Molkenthin, Director of Admissions.  Described as, positive, hard-working, and a difference-maker, Molkenthin capped off the day of awards after being showered with superlatives from her nominators.  The Admissions Director was called the “most caring individual ever,” in addition to having a knack for inspiring others through greeting cards with encouraging messages.  Molkenthin was noted for creating a team atmosphere in her department, in which her staff is allowed to perform at their highest level, creating a special environment for students to feel welcome.