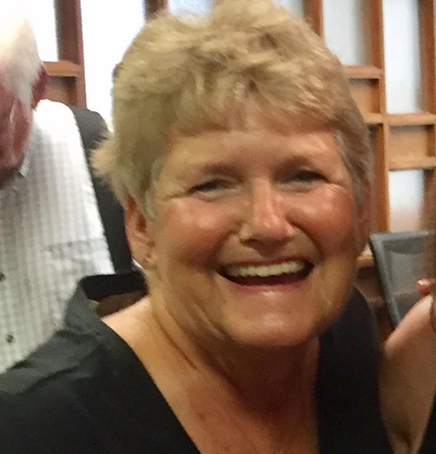 My journey with Indian Hills Community College started when I attended Ottumwa Heights Academy (a four-year Catholic High School Academy) owned and operated by the Sisters of Humility. The Sisters operated a four-year Academy, two-year Junior College and Motherhouse of the Congregation of the Humility of Mary.

During my sophomore year, on Oct 8, 1957, the whole complex caught fire and burned to the ground. The Sisters and students were housed at the Ottumwa Industrial Airport (Old Navy barracks buildings), where I completed high school and graduated from the Academy in 1960. The Sisters made a commitment to stay in Ottumwa and during that time built a new complex that opened in 1961. I graduated from the secretarial program at the new Ottumwa Heights Junior College. (The present IHCC Ottumwa campus).

Fast forward to 1973… Married, mother of four children and living back in Ottumwa. I started my first job at Ottumwa Heights College as Assistant to the Business Manager in October of 1973. I have many wonderful memories of the nuns, professors and students during my seven years with Ottumwa Heights College, but that is another story. Margaret Woollums, Carol Staggs and Sister St. John were some of my co-workers during this time.

Private junior colleges in Iowa were struggling. The Boards of the Ottumwa Heights College and Indian Hills Community College approved the merger of the two colleges in 1979. I applied for employment, interviewed with Kay Krafka and was hired by Indian Hills Community College! My first supervisor was Carl Radosevich, Business Office. For two years, I worked in the business office on the Ottumwa campus as IHCC administrators were at the Airport Campus. Sue Kirk and I ran the Bookstore on the Ottumwa campus.

After three years on the Ottumwa Campus, I was stationed at the T & I Building at the Airport under Dallas Dorsey. For the first time in my life, I worked with a 95% male staff at a vocational building! They liked to play pranks. During this time several Saudi Arabian students were training to be airline pilots. I was instructed to type a Purchase Order on the old Selectric typewriters. “Someone” had changed the typing ball to Arabic language. I was sooooo shook up! I think this assignment at the vocational level broadened my horizons and I felt comfortable with the vocational programs and instructors.

My next assignment was secretary to Gene Gardner, Vice President of Institutional Services. This put me back on the Ottumwa campus in the Administrative wing. We worked closely with Dave Knauer, (Business Office), Jim Lindenmayer, (Personnel), Ron Oswalt, (Student Services) and Lyle Hellyer (President). Some of my office mates were Betty Guest, Linda Krug, Linda Marshall, Mary Neis, and Deb Hoguet.

Gene Gardner moved on to become President at Southeastern Community College and Jim Lindenmayer was named Vice President of Personnel and Institutional Services. I served as Jim’s secretary for about 15 years. In the Personnel Department I really enjoyed giving “New Employee Orientations.” I always tried to orient the new employee to the Indian Hills culture--it’s all about the students and helping them succeed. From the maintenance crew, child-care workers, food service, librarians, vocational teachers, arts & science professors, printing, high tech instructors, health services, athletic coaches and administrators every orientation was unique and important.

The last 10 years I served as 50% Administrative Assistant, IHCC Foundation and 50% Human Resources Department. I worked with the IHCC Alumni Association and had many great reunions with alums.

I worked with many work study students thru the years and am still friends with some of them today.

I enjoyed all of the fundraisers at the college, especially the annual IHCC auction. For many years I chaired the “Celebrity Booth” and received autographed pictures, baseballs, and basketballs to sell in my booth.

During my 7 years at Ottumwa Heights College and my 25 years with Indian Hills Community College, I looked forward to every new day. I was honored to be in the field of education for 32 years. I am a great believer in the community college culture. Indian Hills is a real asset to the community of Ottumwa. The four-day work week was the greatest!