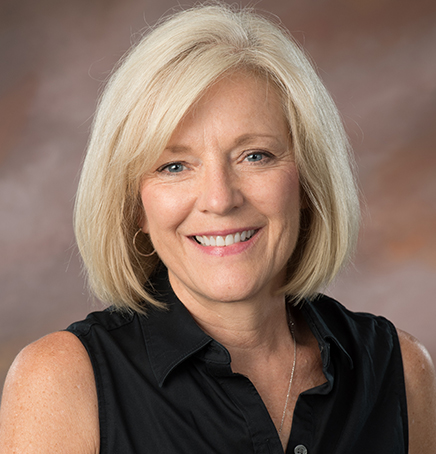 1. When did you work at Indian Hills?

2. In what departments did you work and what jobs did you have?

3. What are the names of some of your supervisors and co-workers?

In my position as Foundation director, I relied on almost everyone who worked at Indian Hills to help our department in some way.

4. Identify or describe some unique or funny (printable) stories that occurred during your time at Indian Hills.

The Business Tech. office was one of the best departments to work in on campus. We all worked very hard and we all had lots of fun, too. Darvin Dykes, Don Jellings, and Jerry Sands were the practical jokers in the group. When I turned 40, my cubicle was decorated with lots of 40s items and thousands of 40s were sprinkled through my files and desk drawers. When I retired 18 years later, I still found a few 40s in some my files.

5. What are some good memories that you have of working at the college?

I really enjoyed the Christmas parties that the Business Tech office used to have on the last day of school before break. Everyone would bring delicious snacks and we enjoyed many different beverages, some alcoholic, and lots of great conversation.

6. What are your hopes for the future for Indian Hills?

Indian Hills is a true gem in Southeastern Iowa. It has grown and developed so much over the 27 years that I was employed, and it continues to be one of the very best places in the area to get a quality education and to work with so many thoughtful and caring people.

7. What other special memories of IHCC do you have to share with others?

I have many wonderful memories of working at Indian Hills but the most important was getting to meet and work with so many students over the years.  As an instructor for the first 15 years, I would estimate that more than 2,800 students were in my classes.  I was fortunate to reconnect with many of them when I became the alumni coordinator through alumni gatherings and the quarterly alumni newsletter and then as the foundation director through personal visits, receptions, and fundraisers.

I am proud of the work that my team—Becky Henderson, Keveen Krieger, Bianca Myers, and Tiffany Teeter—accomplished in the foundation office.  We worked hard in fulfilling the foundation’s mission of helping 500 to 600 Indian Hills’ students with scholarship awards of slightly more than $1 million each year.  These funds came from the endowment as well as from special events, fundraisers, and annual donations.

We organized the first of many annual receptions that brought together scholarship donors and their recipients; it was well received by both parties and grew each year.  We worked with several hundred women from the Wapello County area to create the Women Supporting Women Scholarship and established a perpetual award that provides several $1,000 scholarships annually.

We organized annual staff giving campaigns that yielded $50,000 to $60,000 for scholarships and had 100 percent participation from 2005 to 2014.  Indian Hills’ staff members were very supportive of the foundation.

We worked with the retirees of Indian Hills who became the Indian Hills Trailblazers.  They created bylaws, held regular meetings, organized fundraisers, and made candy and cookies to share at Christmas.

Through the positive relations that occurred throughout the ten-county region along with the groundwork that was laid by previous Indian Hills Foundation directors Bob Morrissey and Tom Stewart, the foundation’s total assets grew from $19 million to $26 million from 2008 to 2015.  The support for the Indian Hills Foundation is so generous!