Last year we completely revamped our Razor’s Edge Leadership Series and our participants told
us it was a success! This year we plan to keep the full day format and also bring back the leadership
mentors that help us add real world context to all of our topics.

Our mornings will be spent focusing on supervisory skills, particularly those that are important from a
human resources perspective. While many of these topics may seem as if they are geared more toward a human resources professional, we will examine them through the lens of a supervisor. Our afternoons will be spent on a wide ranging variety of leadership topics and we will conclude each day with time spent with our mentors. A networking lunch is also included with the program each day.

Note: The afternoon sessions will be limited to 30 people.

Depending on your background, as a part of the leadership team, it is essential that you understand
how your business generates profit and have the ability to read basic financial statements. In this
class, your instructor will guide you through the basics of operational key performance indicators
and business finance.

There are never enough hours in the day, but you can learn to be more effective with the ones you
are given. This session will provide you with several action steps that will allow you to take control of
your day and make sure you are unleashing all of your productive potential. We will cover managing
time, wasting time, personal time study, planning and tools, the Eisenhower Matrix, meetings, and
email.

Apr. 15th - The Power of Listening

The ability to listen is an overlooked skill that consistently ranks among the most valuable traits
that a leader may possess. This session will discuss the power of listening first and speaking second,
as well as provide strategies for strengthening your personal listening abilities.

May 20th - Confidence with Conflict

Conflict is all around us – at work and at home. It is inevitable because no two people are exactly
alike. Conflict can be destructive or constructive, invigorating or draining. To manage conflict more
effectively and create a quality environment, people have to be willing to understand why conflict occurs and demonstrate a variety of strategies for dealing
with different people.

Note: Unless otherwise noted, these sessions will all meet in the Hills Diner on the main Ottumwa campus.

Deb Cardin, RN, MS, FACHE worked in healthcare for more than 40 years. After serving in a variety of hospital and clinic nursing positions, she became a nursing instructor at IHCC then Program Director. Later she accepted the role of Chief Nurse Executive at Jefferson County Health Center where she was named the 2004 Iowa Organization of Nurse Leaders “Outstanding Nurse Executive”.  In 2008, she assumed the position of Chief Executive Officer and earned the distinction as a Fellow in the American College of Healthcare Executives. She was also named to the 2012 “100 Great Iowa Nurses”. Now retired and living in Otley, Deb volunteers at both Hospice and the Senior Health Insurance Information Program.

Dr. Lindenmayer’s educational career spanned nearly 40 years and encompassed the areas of admissions, financial aid, community education, human resources and culiminated in being President of Indian Hills Community College for 12 years. During his tenure as President, enrollment grew from 3500 students to a high of over 5500 students.  The scholarship endowment, which in itself is rare for a community college grew from 2 million dollars to about 25 million dollars. Jim was also instrumental in bringing a Job Corps Center to Ottumwa.  Since Jim’s retirement he has remained active by working briefly as a community college liaison with the University of Iowa, and serving on several local boards.  He is the current Chair of the National Job Corps Association, a trade organization located in Washington, D.C., and was recently appointed by the Governor to a position on the Iowa Board of Regents. Jim has an undergraduate degree from William Penn University, a Master’s from Truman State University and a Ph.D. from the University of Iowa.

Marvin “Pete” Nelson is a graduate of Fairfield High School and Parsons College and has spent his professional career in Fairfield’s manufacturing sector. Trained as a machinist, Pete worked his way up in several area companies and then launched his own venture, The Nelson Company in 1972. Pete built the company and served as President through 2005. He remains Chairman of the Board of directors at Nelson’s. Pete also actively serves on the Board of Directors for Faircast, Inc, the Vick Rail Scholarship Foundation, Nelco Farms Inc, and Roberts Park LTD. Over the years he has been involved with numerous other Fairfield and state organizations, including the Fairfield Community School Board, Fairfield Manufacturing Association, and Iowa Association of Business and Industry. Pete is also a pilot and Certified Flight Instructor.

John Pothoven served four years in the United States Air Force and then began his civilian career as area teacher of agriculture. Soon John’s career path lead him into banking and it was in this industry that he spent 37 years, culminating in positions of President and Board Chair at MidWestOne Bank in Oskaloosa. John has served on numerous area boards, Including the Board of Indian Hills Community College where he has been the Board Chairman since 2009. He has also served, or is serving, on the Oskaloosa Community School Board, Oskaloosa Chamber Board and the Mahaska Health Partnership Board. John has been recognized many times for his community leadership, and the awards that he has received include: Outstanding Service to the American Institute of Banking, Citizen of the Year in Oskaloosa, the Iowa Governor’s Volunteer Award.

Joni Silverstein Sexton is an award winning executive who has been recognized for outstanding achievement in marketing, business development, and general management. She spent a large portion of her career in the newspaper publishing industry and has held a variety of positions, including President and Publisher and Vice President, Corporate Market Development. In 2009, Joni switched gears and took on the role of running a non-profit, the Delaware Girls Initiative. During this time she cofounded Young@Art, a social enterprise that allows adjudicated youth to produce artwork and receive half of the revenue generated from the sale of their pieces. Joni continues to work as a Consultant and is an adjunct instructor for Workforce Solutions at Indian Hills. 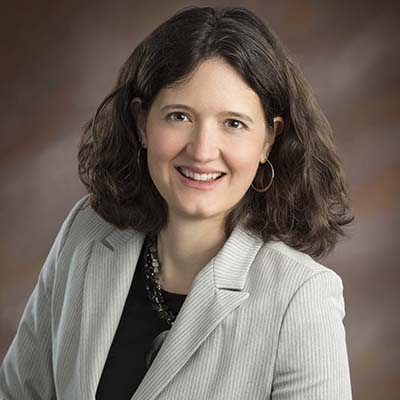